Because sometimes you just want something sweet and tasty, fast!

The first 3 ideas all utilise Alpro desserts, available in the free from aisle of most UK supermarkets.

NOTE: If you are too lazy to make anything at all then most supermarkets sell vegan ice cream :) 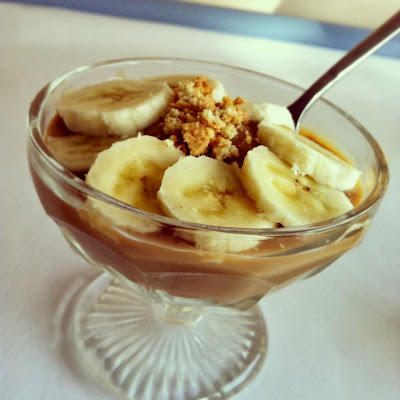 
Or make a proper vegan banoffee pie using this recipe by Oh, Ladycakes 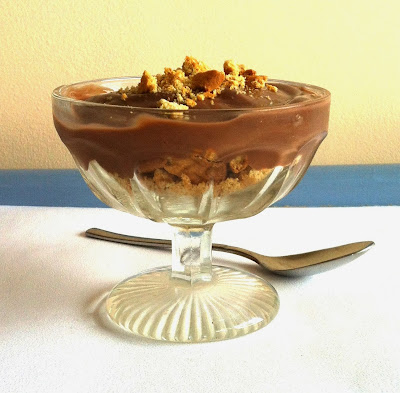 Layer smashed biccies such as digestives or bourbons, with alpro chocolate dessert!

(If you fancy you could sneak some chopped nuts in there too!) Serve immediately! 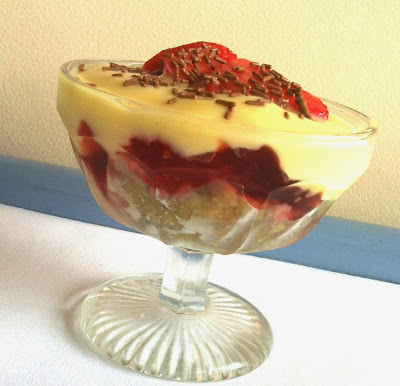 I considered suggesting "use some left over vegan cake" for this trifle-but who has left over vegan cake?! (Certainly not me!) So instead I came up with a quick and easy "Microwave mug cake recipe!"  Alternatively you could also use some Riverbank Bakery loaf cake.

1. Make veggie jelly according to packet instructions. (no boiled bones for us!)
(I used this jelly, but I added some more red food colouring, to make it look more appealing!)
Leave jelly to cool, then place it in the fridge to set for a few hours.

2, Make mug cake! (one quantity will make 3 or so single serving trifles).

3.Time to put everything together! I made a few mini desserts.  I just layered sponge, jelly, strawberries and custard and topped  with more chopped strawberries. But you can do what you like! Add some banana, add some booze, skip the fruit, use canned fruit-do what you fancy!
To make it extra special you could finish it off with some soya whipped cream, such as Soyatoo (amazingly tasty stuff-it's only down side being that it contains hydrogenated fat! Grr!) or make your own coconut cream! I didn't bother because I was just soooo lazy :) 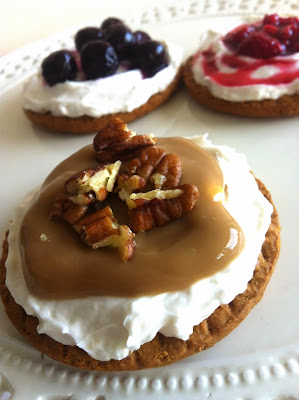 Mix tofutti cream cheese with  a little sugar and vanilla to taste, and spoon on top of vegan digestive biscuits. To make a lazy raspberry topping mix fresh or defrosted frozen raspberries with a little sugar and dash of lemon juice. Spoon on top of cream cheese. Swap raspberries for blueberries for blueberry bites.
For lazy caramel pecan cheesecakes spoon on alpro caramel dessert, and top with chopped pecans! 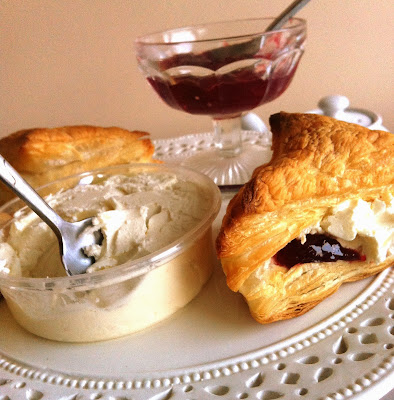 Roll out shop bought puff pastry and cut into triangles. Bake in a preheated oven for about 10-15 minutes until puffed up and golden.
Fill with apple sauce (either from jar or home made), tinned apple pie filling, or jam. To make them extra yummy accompany with vanilla vegan ice cream, whipped soya cream or vegan clotted cream! 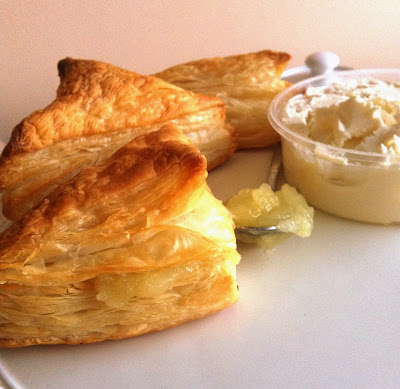 You will need cream horn moulds (I got mine from TK Maxx). Wrap strips of pastry (1xm x 60cm) around the cream horn cones, brush with non dairy milk and bake for 10-15 mins at 200 C. Fill with jam or apple sauce, and whipped soya cream or dairy free ice cream! 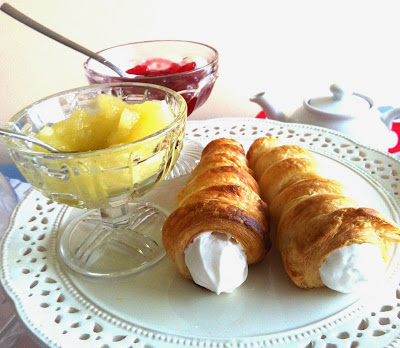 If you have any easy cheaty dessert ideas comment with them below :)